Prior to the official opening of our new Purple Peak Curry Reserve in February next year, members of the public had an opportunity to join esteemed Banks Peninsula botanist Hugh Wilson over the weekend on a ‘Sneak Preview’ walk as part of the Banks Peninsula Walking Festival. 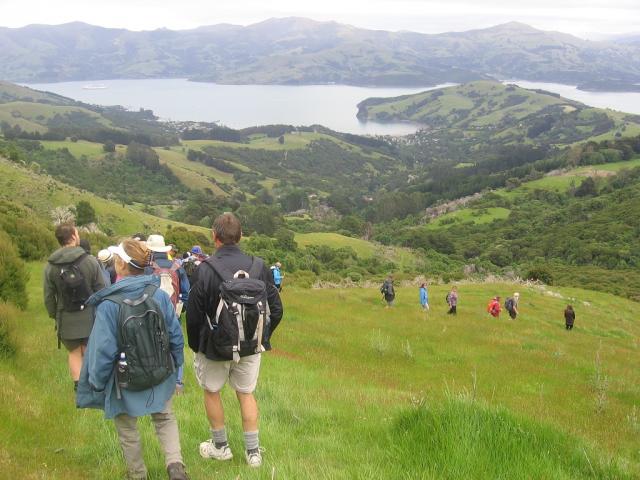 The Festival offers guided walks all over the peninsula in November each year. Forty people booked for the walk and everyone agreed that Hugh and his team from neighboring Hinewai Reserve had already done a fantastic job of managing the new reserve including establishing a new track. They were also blown away by this fabulous reserve coming right down toward Akaroa.
Purple Peak Curry Reserve, 190ha high above Akaroa, was recently purchased by the Native Forest Restoration Trust, the Rod Donald Banks Peninsula Trust, and Christchurch City Council. The reserve will be protected by QEII open space and City Council covenants.
Purple Peak Curry Reserve, which borders Hinewai Reserve to the east, laps over the Purple Peak ridge down into Grehan Valley protecting much of Akaroa’s water catchment, and has wonderful views. 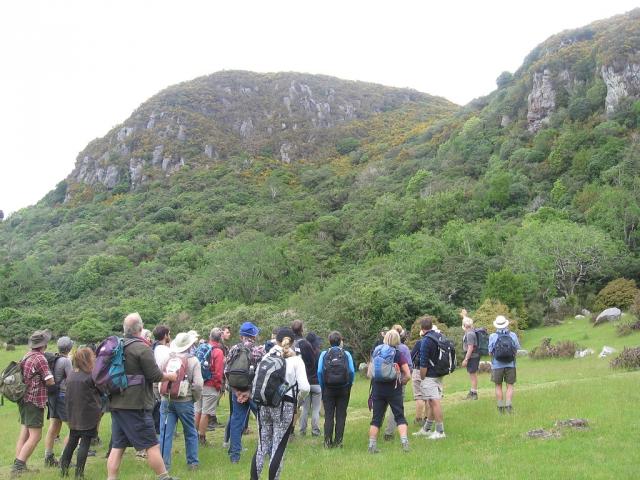 There is already a good amount of natural regeneration in the gullies with a wonderful array of species. Some original trees have even escaped logging; in particular there are one or two large totara, matai, and kahikatea, which are reputedly as big as any on Banks Peninsula! There is also a small skyline beech forest which is unusual for the area.
With the removal of stock from the recently farmed areas, we expect regrowth to be rapid with ngaio, narrow-leaved lacebark, ribbonwood and five-finger establishing quickly and so encouraging natural regeneration into a fully forested reserve.
The reserve will be managed by the Maurice White Native Forest Trust, led by Hinewai manager, Hugh Wilson. 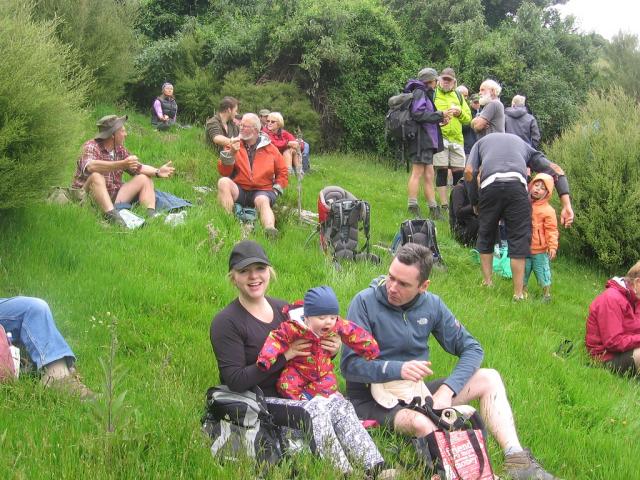 As a charitable group, the Trust relies heavily on the help and goodwill of the public. It is only because of people like you that we are able to continue restoring and protecting New Zealand’s natural heritage.
If you wish to help us make a difference, donations of $5 or more can be claimed as a tax deduction. To make a donation we have several payment methods available and donors receive our newsletter “Canopy” available by email or post.
Photos kindly provided by Suky Thompson, Rod Donald Banks Peninsula Trust